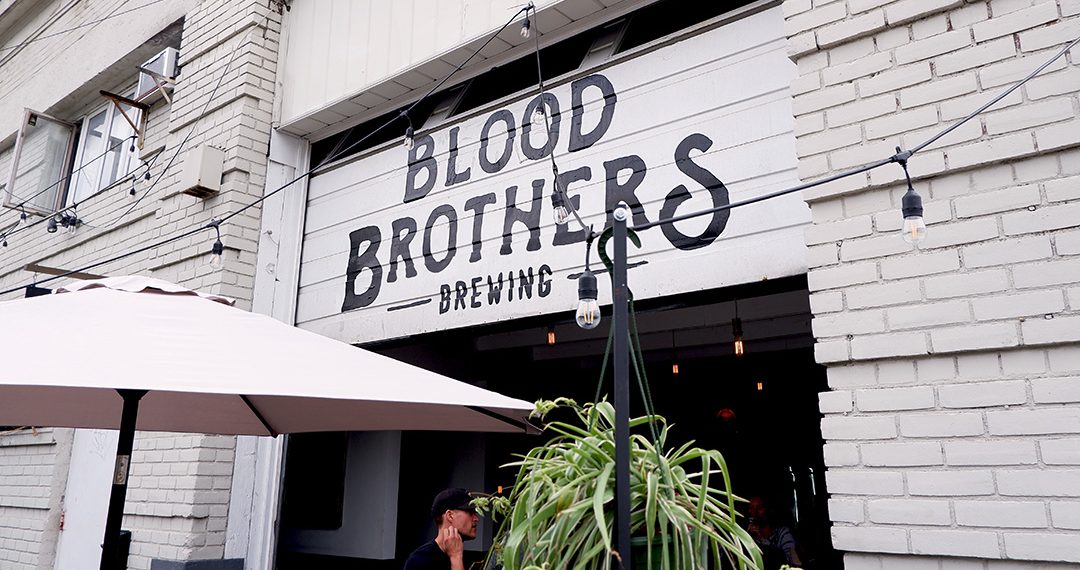 No false advertising here, Blood Brothers Brewing was actually started by real-life brothers Dustin and Brayden Jones in 2015. Located along our favourite diamond in the rough, Geary Avenue, this warehouse-style set-up has a taproom, bottleshop, and seating, as well as an area to create and bottle their craft beer.

The brothers brew grew up close to the US border and had developed a taste for the unique varieties we see trending in beers nowaday. Once settled in Toronto they couldn’t find many of the beers they had a thirst for and started making their own. Fast forward a couple years and Blood Brothers was a living, working brewery.

That being said Dustin and Brayden didn’t settle on one prescribed style, they brew what they captivating. For this reason rather than specializing in certain styles, they work with different strains of yeast to make an assortment of brews. Some of their creations include the Fall of Thebes, which is aged in wine barrels and fermented with cherry skins, Unify or Die, a gluttonous stout infused with coffee, cinnamon and vanilla, and the ever so punny Blood Light, a pale ale featuring a tropical fruit aroma from Citra and El Dorado hops.

The bar is decorated with occult-type trinkets for that spooky-chic vibe and the taps adorned with branches.

For bites, they have everything from marinated olives to a pork belly sandwich as well as some chicken wings that satisfy all the taste buds. On weekends you can visit for a hearty brunch menu. Mega meals delivered to your door are another cool feature that are perfect for a group. For the super bowl, they offer a feast for six people of chicken wings, fried chicken, blistered shishitos, and veggie sticks all for $100.

Emblem Flowers brings beauty into an otherwise rough around the edges